Kosuke Okahara is a celebrated documentary photographer best known for his in-depth work on Colombia and Fukushima, Japan. He is the recipient of several awards and grants including the 2010 W. Eugene Smith Fellowship, Getty Images Grant for Editorial Photography, World Press Photo Joop Swart Masterclass, PDN’s annual 30 Photographers, and the Pierre & Alexandra Boulat Award. His photography has been exhibited at museums, galleries and international photo festivals around the world. 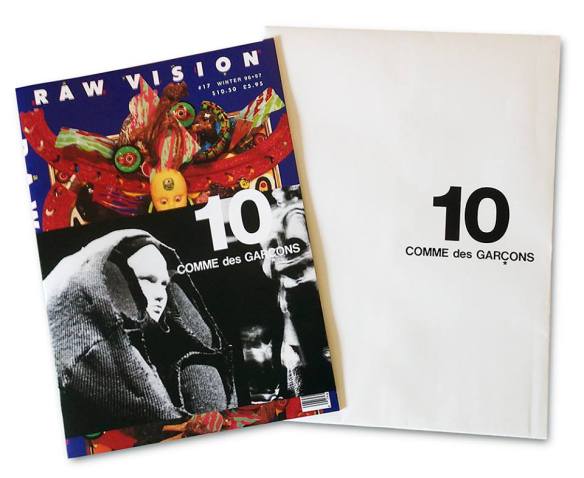 Last February, I received an assignment for a kind of job I had never done before. It was from a fashion brand called Comme des Garçons. I haven’t done fashion work so I read the email again. It wasn’t a mistake; Comme des Garçons was asking me to shoot their Paris Fashion week show. They asked me to shoot as I always shoot because the designer, Ms. Rei Kawakubo, wanted to document the day of their collection from the beginning to the end. 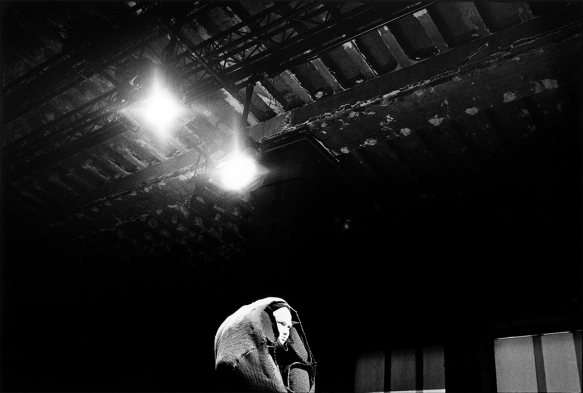 It was surprising that a big fashion brand asked me to shoot. I was curious so I said yes. When I asked them how they found me, they said they were looking for a documentary photographer for their show and eventually for a direct mail campaign. Comme des Garçons’s direct mail is widely known for its artistic concepts. They had seen my images and liked what they saw. This was a completely new experience as a photographer and I was excited to give it a try. 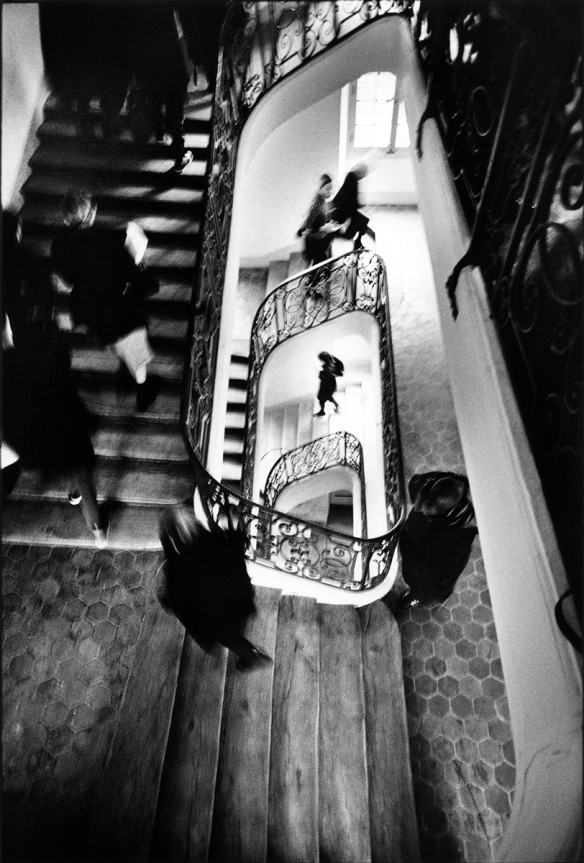 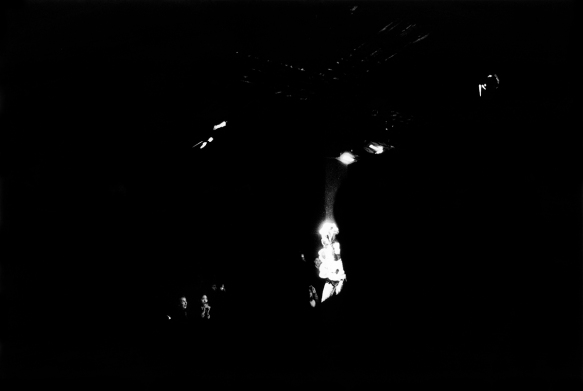 Comme des Garçons’s asked me to shoot as I always shoot. So I ran out to get enough Tri-X for the day. My guess was that it would be quite dark but I could push the film. 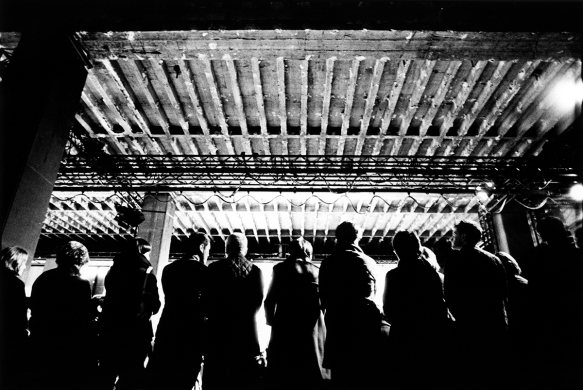 The directions I had from Ms. Rei Kawakubo were quite simple. She wanted to express intensity but she didn’t want ordinary fashion pictures. Some people would expect backstage access when shooting a fashion show. But another condition from the designer was “absolutely no backstage”. She didn’t want any disruptions with the models. So for me, that wasn’t much of option. It was challenging in a way, but sometimes limitations allow you to push yourself further and to be more instinctive. 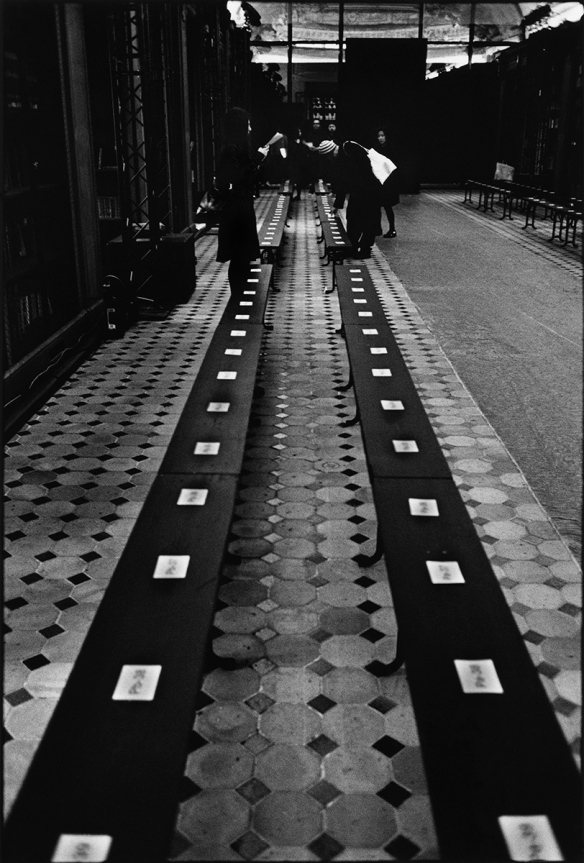 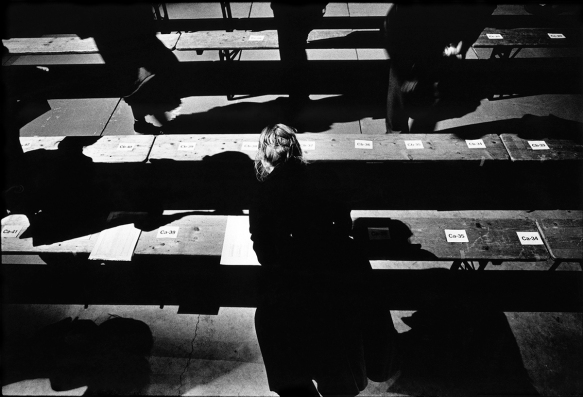 As a first timer going inside a fashion show, I didn’t know what to expect. When I arrived I found a large runway that took up most of the space. This was where most of the action would take place. As a documentary photographer, though, I began to see possibilities beyond the runway. I loaded my camera and started shooting. 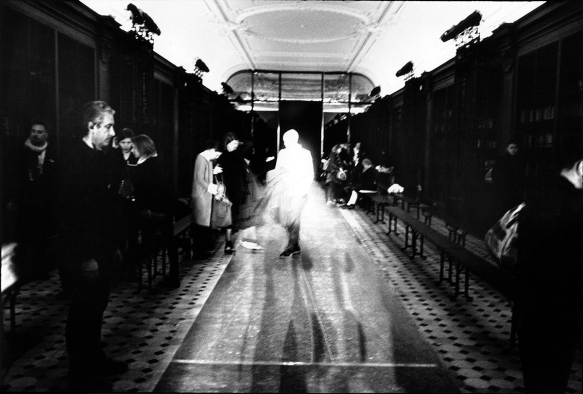 Once the show started, it was impossible to move – there was a huge crowd and the place was packed. So I focused on everything else; the people coming and going, team members setting up, and the environment itself. 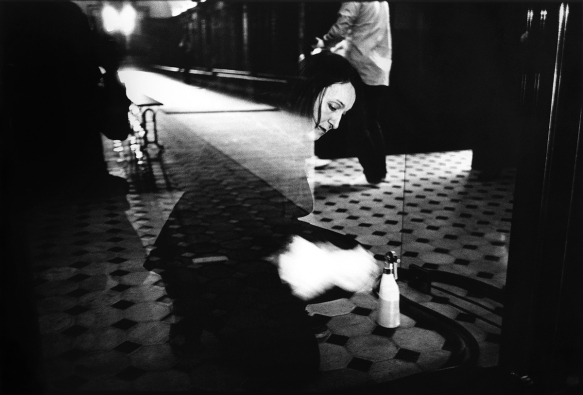 When I shoot, I believe that anything and everything can be a part of the story. Of course sometimes it works and sometimes it doesn’t. Regardless, I just keep shooting. That is the most important thing for me when I do stories. It may sound basic but focusing all the time is both difficult and exhausting. 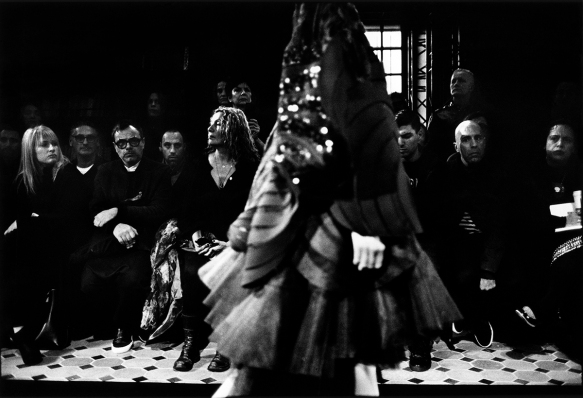 One of the greatest things of this assignment was that they allowed me to take my time in the darkroom. As they said they wanted me to do it my way, I printed all the pictures on fiber-based papers. I developed the many rolls of Tri-X according to my development recipe, then spent 10 days in the darkroom to print the images. These days in the world of photography, things move very fast but sometimes it is good to take time. Shooting film makes me think more. It forces me to look at images over and over while making contact sheets, choosing images, and then printing images. It gives me more time to understand the pictures during the process. I am not sure if this kind of assignment will happen to me again but it was quite interesting for not a fashion photographer. 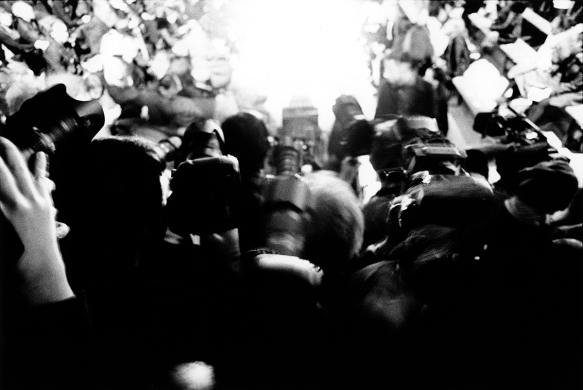 3 thoughts on “Not Fashion Forward from Guest Blogger – Kosuke Okahara”