UPDATE! THE CHAT TIME HAS BEEN MOVED TO 4PM EST, TUESDAY, AUG 20TH.

We have some exciting news! Remember last March when we first featured the {F} Network here on 1000Words? Well, it’s almost time for the new season. To help everyone get ready, next Tuesday, August 20th at 4pm EST (NOTE UPDATED TIME!), we’re teaming up with the awesome photographers from FILM! Season 2 for a Twitter Chat. That’s right – the group behind [F} Network show’s popular educational and inspirational FILM! Season 2 will join us on  Twitter to talk about their experiences and give us a sneak peak of what we can expect in the new season. Wondering when Season 2 starts? They’ll tell us that, too.

Oh, and at the end of the chat… wait for it… there will be a Kodak film giveaway!

So next Tuesday at 5pm, fire up TweetDeck, TwitterChat or your Twitter app of choice, and follow the hashtag #KFchat to catch the conversation. Include #KFchat in your tweets so we can see what you have to share.

No doubt  we’ll all have lots to share after a day of picture taking on World Photography Day, the day before the chat!

Here are the photographers from FILM that will be participating so be sure to follow them on Twitter:

And follow me @KodakCB for chat instructions, information, conversation starters and yes… the film giveaway and the schedule for FILM! Season 2. 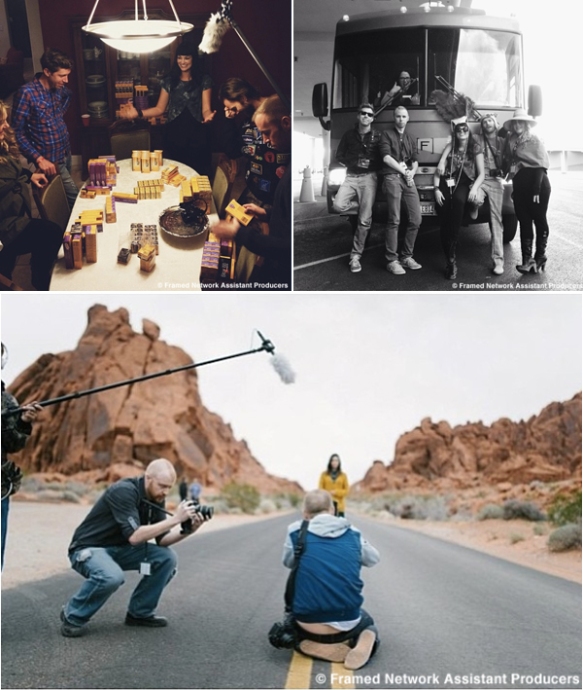 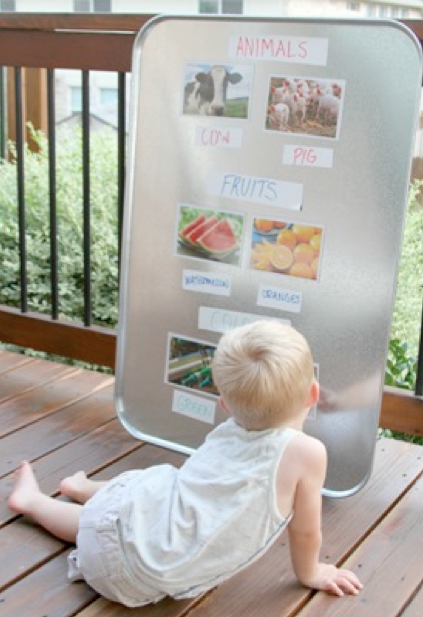 As a mom of a rambunctious two-year-old I am constantly on the lookout for do-it-yourself ideas that are fun, affordable and educational. When I saw this idea on Pinterest I thought it was the perfect DIY to try out and I immediately had a cool idea on how to make it even better…use PICTURES instead of flashcards! Another bonus, you can do this entire DIY for approximately $30! Can’t beat that! 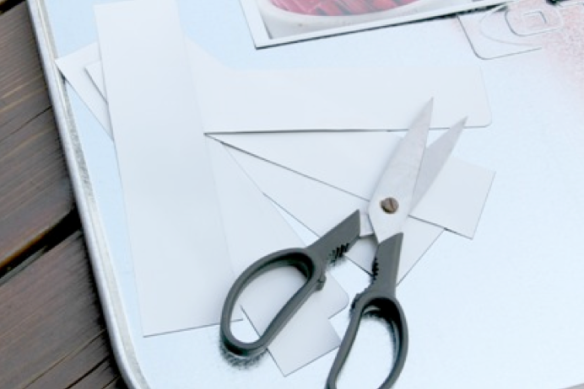 First, I decided what the “categories” were that I wanted to feature on the board. I knew that these would change as my son got older so I decided to go with a magnetic dry erase sheet so that I could easily make adjustments. I then just cut it in to strips to use at my category names. 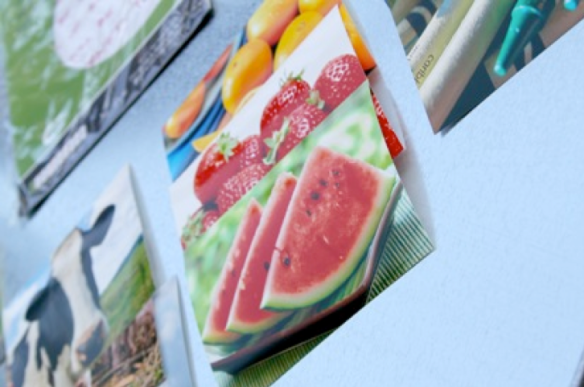 After I decided my categories I found some pictures on the Internet and ones that I had taken as well that fit in to my categories. I then dropped them on to a USB and took them to my local Kodak Kiosk which is right down the street at CVS. Within minutes I had all my pictures printed out. What is so great about using pictures is it is much easier for a toddler to understand what you are asking them is in the photo because they are true-to-life unlike cartoons that you see on flashcards. Additionally, you can make basically any category you want vs. being confined to what is available on a flashcard.

Then you just slide the photos in to their magnetic holders so they are protected from little grubby toddler hands.

That’s all it takes! Now ask your toddler all sorts of questions to drive their development! Some questions that I ask my son are, “Which photo is a cow?” “How does a pig go?” “Point to the color green.” Among many others! You can also use your extra magnets to hang photos of your family on the board as well! 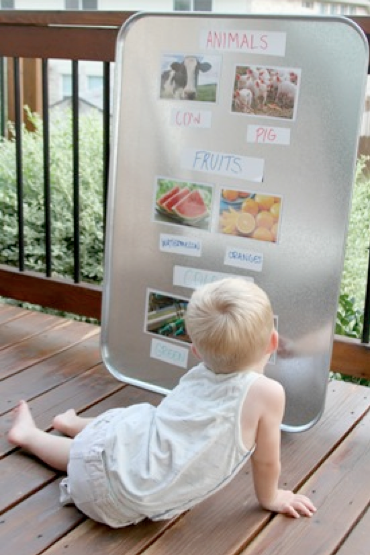 The Kodak 1000 word Film Friday blog is a dedicated platform where we feature great photographers sharing our passion for film photography.

Today we’re excited to feature a photographer from the UK, Matt Osborne. We discovered Matt following a fashion film shoot in Ukraine where he shot a model in black and white on Kodak Professional T-MAX 400 film. Here, in this blog post Matt talks about his passion for film photography and his use of Kodak film. Being a professional model and wedding photographer, Matt prefers to work with a mixture of film formats and cameras for different scenarios.

Take a look at Matt’s images and make up your own mind, then why not pick up a camera, buy some Kodak film and take some great shots yourself.

I am a self taught model and wedding photographer and have been shooting for around four years. Towards the end of 2012 I was already shooting my digital Nikon D800 camera in full manual mode using some of the best legacy lenses ever produced but I needed more.  It was here that my journey with film began.  I started with a Contax 645 medium format film camera as I loved the wedding photography examples I had seen during my research shooting Kodak Professional Portra 400 film.  The skin tones are just unmatchable with digital.

My passion however is black and white film photography and I develop my own film using a mix of Kodak Professional Xtol and Agfa Rodinal.  I find I tend to see photos in black and white, pools of light and shadows.  I’m not sure if it is something I have developed or trained my eyes to see or just something I’m lucky to have.  Even with digital I tend to shoot B&W JPEGs.  For black and white film photography my favourite films are Kodak T-Max 100 and Kodak T-Max 400.  When shooting 35mm film I use a Nikon FM body then all my Nikon lenses I had invested in for digital.  As I like to use fast prime lens (85mm f1.4, 50mm f1.2, 200mm f2) I can shoot with available light more easily so I tend to use Kodak Professional T-Max 100.  This fast film gives ultrafine grain so when scanned the images look almost digital yet better as they have texture and a 3D quality. 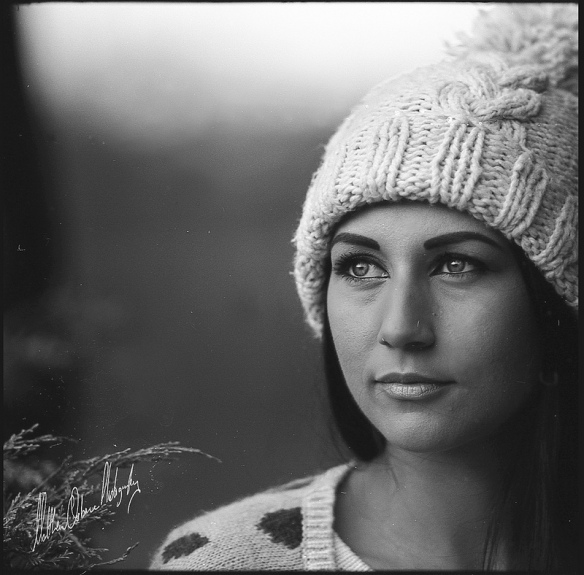 Film gives an apparent extra layer of detail that cannot be achieved with digital.  For the Contax 645 and the fast Carl Zeiss Planar 80mm f2 lens I also shoot Kodak Professional T-Max 100 however for my other medium format cameras I need faster film.

My most used film camera is a medium format re branded Russian Kiev 88 6×6 camera badged as an ARAX-CM.  The camera is also known as a Hasselbladski as is a Soviet copy of the famous Hasselblad.  I love the 6×6 format and the camera is compact so is my first choice when I need to fit a medium format film camera into my hand luggage.  I love the no frills shooting. No battery, no light meter, just a box, a lens and some film.  This lets me channel all my energy into each photo resulting in often better composed and more thought through images.  The ARAX lenses tend to be f2.8 or f3.5 but for super sharp images stopping the lenses down to f5.6 can give the most striking and high quality results.  Stopping down the lenses means I need more light or faster film.  Living in the UK the first is not an option in the winter months so I shoot Kodak T-Max 400 film.  As with the Kodak Professional Portra 800, when T-Max 400 is scanned it would be difficult to tell it from Kodak T-Max 100.  Both offer exceptional B&W tonal ranges and super film grain. 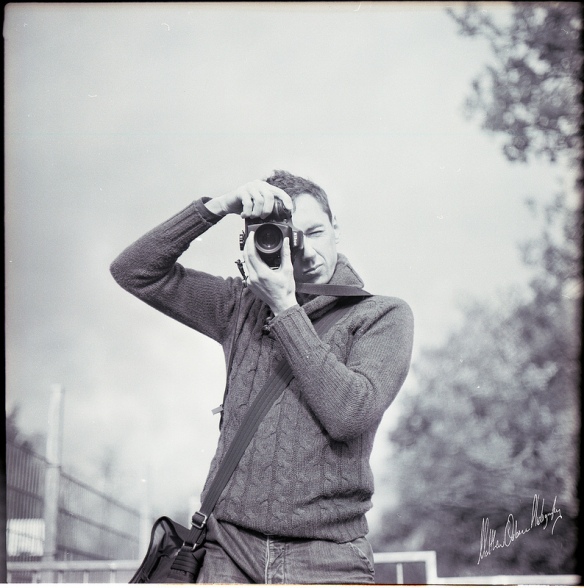 I feel my journey with film is just beginning and I hope to enjoy many more years with Kodak.  I already offer film photography for weddings but hope to attract a niche market in the future for those who like to enjoy the finer things in life.

To find out more about Matt Osborne please visit:

Last week, Amazon rolled out a new service, called “Amazon Collections,” which lets consumers create a visual display of products they like, pulled from Amazon’s catalog of goods. Or as David Seifert wrote last week in The Verge, “Amazon Collections copies Pinterest’s layout to display your wish list.”

Pinterest, launched in early 2010, had more than 70 million users worldwide at the end of July 2013*, and has the potential to reshape the way in which commerce happens, as evidence by Amazon’s new service. In his article in Fast Company “Can Ben Silbermann Turn Pinterest Into The World’s Greatest Shopfront?” Max Chafkin writes “To create a pinboard is to say to the world, Here are the beautiful things that make me who I am–or who I want to be.”

So how do these two services relate to our professional lab customers? On Pinterest and through Amazon Collections, disparate individual products are curated to create a social visual representation (and purchases) that some argue is greater than its individual parts. We began thinking about this consumer behavior years ago and this past June, introduced KODAK PROFESSIONAL Collections and Creations software, to allow our professional lab customers to engage in this curation and present professional photographic output that mirrors this social, visual expression.

Collections represent the manifestation of what in the past we’ve described as our Prints, Pages and Screens strategy into a tangible product and an actionable plan for the professional market.  We defined a Collection as a thematic compilation of photo products, such as DVDs, enhanced stills, prints, albums/books, photo gifts, and more to commemorate life’s treasured moments.  This expert curation enables consumers to:

The concept of Promote, Produce, and Preserve helps define the meaning of photographic-oriented Collections.  And the order of these three benefits is crucial to successful sales: Promote memories first, then fast follow to produce them in story form, and complete the collection by preserving them in heirloom products.

Photographers are encouraged to lead with socialization products; digital products that meet consumers’ primary need to showcase their important life moments in their socially connected world. Consumers’ today expect to use their professional images in the same manner they do their own images – to share them anytime, anywhere.  Once the photographer has achieved this objective, they can then move on to produce the memories in story form in albums, books, keepsakes, and more and complete the collection by preserving the memories for a lifetime in heirloom prints.

KODAK PROFESSIONAL Collections and Creations presents professional output, not as individual disparate products, but as a curated, visual representation of important life moments that enable consumers to share, tell, and preserve their milestone events.